I'm not frequently a fan of flavored lattes. I like an occasional pumpkin spice latte near Halloween, an occasional vanilla latte if it's exceptionally well made, but I usually just stick with the simple unflavored latte. Furthermore, I'm definitely not a fan of mochas: I'd rather alternate sips between a coffee and a hot chocolate. But the other day, I was at a recently opened nearby coffee shop, Voltage Coffee & Art, and I just had to ask them about their "Madame X" latte - one flavored with "Earl Grey infused white chocolate ganache."

I decided to make my own version of the Earl Grey infused white chocolate ganache syrup so that I could make the latte at home. My version is fairly simple to make, and you can add as much or as little as you want to coffee and steamed milk to produce anything from a flavored latte (about a teaspoon and a half) to a bergamot white hot chocolate (or even mocha if you prefer), as the bergamot here is pronounced but scales delicately. I recommend pairing with a lighter espresso roast. 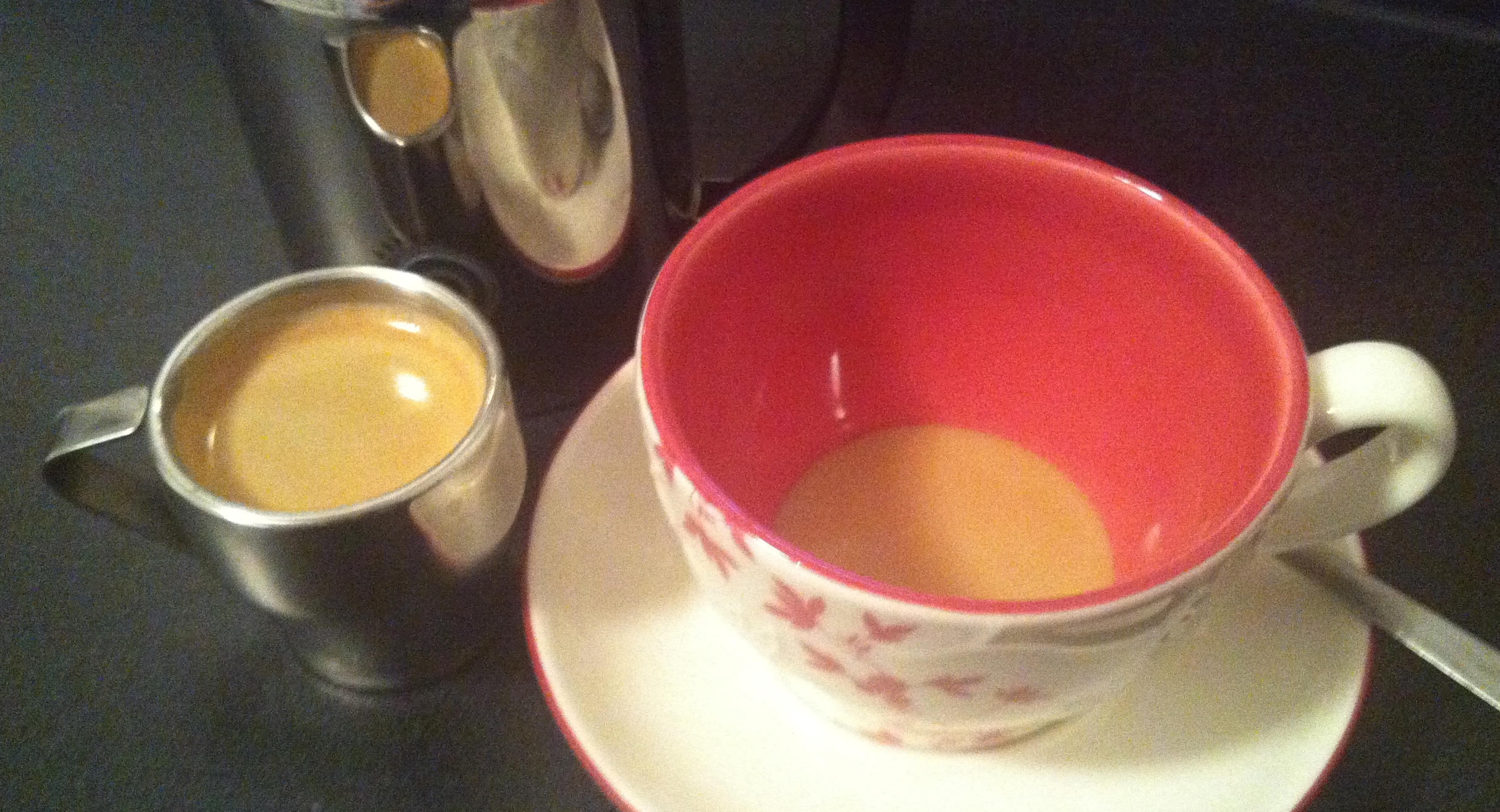